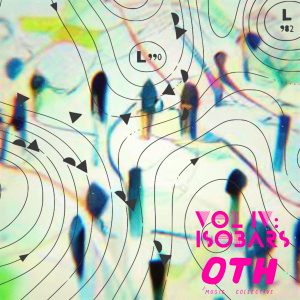 Get the album here: https://othmusiccollective.bandcamp.com/album/isobars

Isobars was forged in the days before COVID.  It would be OTH Music Collective’s 4th Album and it was meant to represent the Collective’s response to mental health issues affecting older people and wider society.

Workshops were carried out among the collective prior to song writing, with many insightful thoughts and comments emerging. Songs were written, demoed, shaped and crafted. But on the very week the core musicians were booked to hit the studio, COVID hit, and the music industry came to a standstill.

Disappointment led to optimism as the enforced breathing space allowed time to revisit the songs with fresh ears and a fresh approach. Much of the instrumentation, programming and vocal work already recorded in home studios was enough to provide a strong foundation. Creativity was needed to to achieve what couldn’t be done at home.

Members of the collective used their phones or whatever means they could to send files of recordings of their vocal parts, as previously the plan was to gather in the studio to sing together.

It was not possible to record live drums at home. Oh Yeah Music Centre kindly offered their rehearsal spaces, and under strict COVID rules Phil d’Alton in the small room, remotely recorded Chip Bailey playing drums in the large room all under the watchful eye of OTH founder Paul Kane who also happens to work at Oh Yeah!

Some songs just wouldn’t work without musicians playing together, and as restrictions relaxed, but still following the latest guidelines, Half Bap Studios were able to host Phil to record and engineer Chip along with Paul on electric guitars and Bernard Jackson on bass to capture the vibe of the band interacting.

Things were shaping up but final touches were needed. While still adhering to the latest COVID rules, Phil loaded up his car and bought a bunch of gear that enabled recording on location at Chip’s house. A multicore was fed up to the top of the three-storey house while Phil set up on the living room table on the ground floor. Paul and Chip recorded various overdubs and lead vocals for their tracks. Liz Kelly recorded piano on the upright in the house as well as violin and a whole host of vocals.

For the final piece of the jigsaw it was back to Half Bap. Restrictions were still in place, but over two days we were able to bring in Dolores Vischer, James McLarnon, Juanita Rea, Irene McCaffrey and Neil Lavery to record lead vocal for their songs. Each one came in separately allowing us to capture their vocal while keeping safe.

Well, a healthy mix of male and female contributors presenting fulsome and eclectic mix of spoken word, interludes and different styles and genres of music that represent the inner working of each artist’s mind.

Get the album here: https://othmusiccollective.bandcamp.com/album/isobars